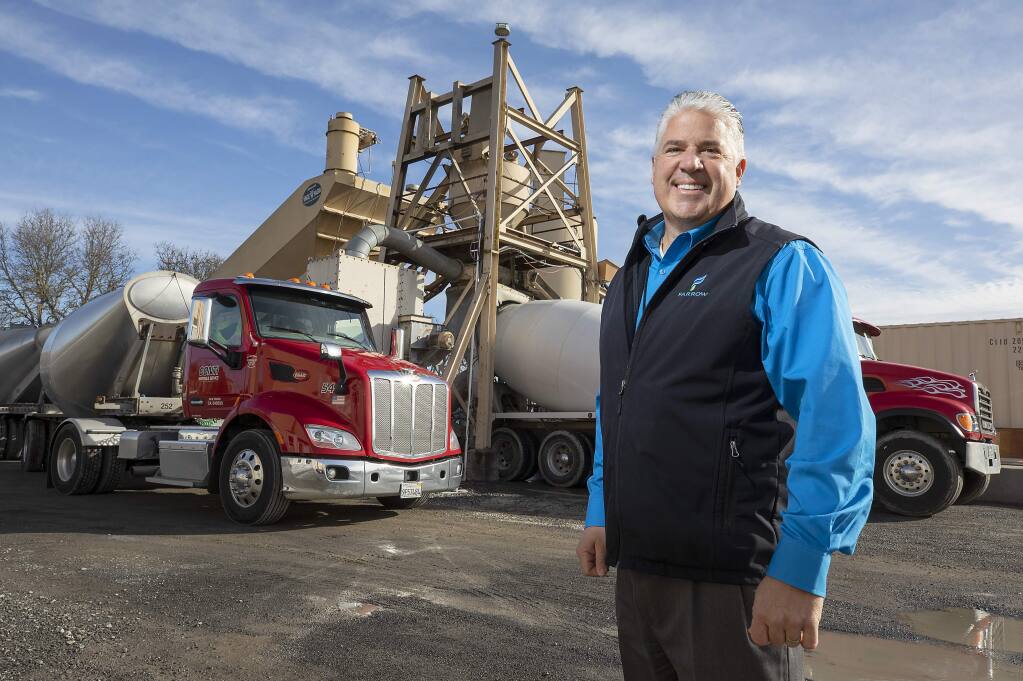 Fun homebuilding fact: Contractors refer to concrete that is still plastic, or wet, as “mud.”

Mud, incidentally, also may be the name of a builder who finishes a project months behind schedule. It’s a nickname John Farrow was determined to avoid.

He’s the CEO of Santa Rosa-based Farrow Commercial Construction, which is rebuilding 80 homes torched in the North Bay fires of October 2017, including a subdivision in the Fountaingrove neighborhood called The Oaks – four dozen homes that will feature steel frames, stucco exteriors and metal roofs.

“And,” Farrow said, “we’re pouring all our own concrete.”

Wait. What? Since when does a company that builds houses and hotels make its own concrete?

Since late last year, when Farrow finally had enough of being “at the mercy of these concrete guys.” He’d increasingly grown frustrated, seeing projects delayed because of the pent-up demand for concrete.